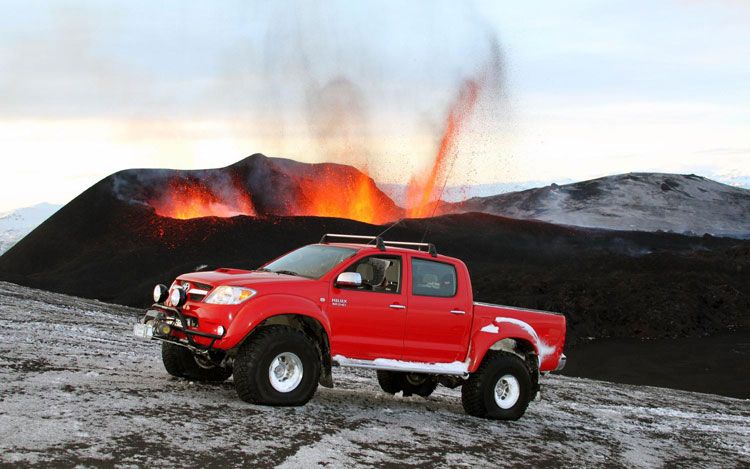 When she wants to, Mother Nature never fails to make a mess of things, and the recent
eruption of Iceland’s Eyjafjallajokull volcano is a perfect example. Reportedly just a few
hours before the skies filled with ash, scientists ascended the mountainside to set up
monitoring equipment with a very familiar Toyota Hilux, and took some amazing photos
along the way.
If you don't recall, this Hilux was heavily featured on the Arctic special of "Top Gear,"
and the "Top Gear" crew was also reportedly at the volcano at the same time as the
scientists as part of a upcoming episode. We're guessing the scientists will make an
appearance in the segment, although that's unclear at this point.
The diesel-powered truck was heavily revised to cope with the cold climate, running
large 38-inch tires and larger fuel tanks to survive the harsh terrain. The Arctic
Trucks-built Hilux has made numerous media appearances since its first appearance on
"Top Gear," and its reputation should only be further enhanced by the coming episode. 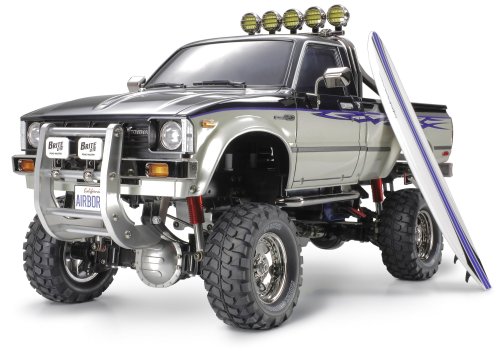